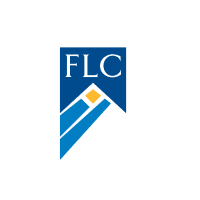 A. Preference for vendor-supplied computer programs.

The College will use vendor-developed programs, in unmodified state, whenever this approach reasonably meets the operational need. Purchased programs that meet significant operational needs of the College must include a maintenance agreement that provides for the future technical soundness and currency of the software. Specific written approval by the Director of Computing and Telecommunications, who signs all software contracts, is required before computer software is purchased. The Office of Computing and Telecommunications should be involved early in discussions of any new administrative software.

B. Banner is the College standard.

Systems and Computer Technology (SCT) is the College's current primary vendor of administrative systems. The College operates several major Banner systems, including General, Student, Finance, Alumni, Human Resources, and Financial Aid. All Banner products use Oracle Corporation's relational database management system. Additional software products purchased from vendors will be compatible with this SCT/Oracle software environment. In June 1991, the President's Cabinet adopted the following statement of policy regarding the Banner systems. "The official systems and records of the College reside in the software systems generally referred to as 'Banner.' Any PC application that is not supported by the Computer Center is at risk and cannot be inferred to be the official records of the College."

All College system needs cannot be met with vendor-supplied software. However, locally developed systems will be compatible with the SCT/Oracle environment. All development work will be undertaken in accordance with established administrative computing priorities.

Every effort will be made to use existing vendor-supplied or locally developed forms and reports to extract needed data from the College database. Users currently have two options for extracting data in other formats:

1. A list of supported tools for developing ad hoc queries and reports is available from the Computer Center. These tools allow users to extract data in a variety of formats.